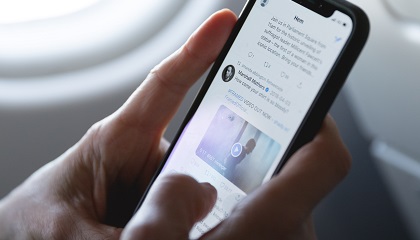 It’s a well settled legal principal that Courts will hold posters of defamatory comments on social media such as Facebook, Instagram or Twitter liable. But can you potentially be held responsible for the defamatory comments made by others on your social media postings? The recent South Australian decision of Johnston v Aldridge [2018] SADC 68 found the answer to this question to be ‘yes’.

For those who weren’t certain, defamation is the publication of material carrying statements which could damage the reputation of another person or business. It has become increasingly relevant in the social media era where people can instantaneously publish material which can be quickly shared, searched for and re-read.

In Johnston v Aldridge, the defendant made two Facebook posts concerning the plaintiff (which were held in the same decision to be defamatory in their own right). These posts were ‘liked’ more than 9,000 times and attracted close to 13,000 shares. More than 4000 comments were made, many of which were critical of the plaintiff. Some of the less vulgar examples of the comments were that the plaintiff was a ‘pig of a man’, a ‘scumbag’, and a ‘greedy mongrel’.

The defendant submitted that he could not be liable for the defamatory comments made by the commenters as:-
• he had no control over the comments; and
• the sheer volume of the comments made it impractical for him to review and then and remove any offending comments.

The court ultimately rejected this and held the defendant liable for the defamatory comments of other users as:-
• by publishing a post which allowed for commenting, he provided a forum for other users to add their comments and for others to read;
• the defendant likely knew that some of the comments would probably be defamatory of the plaintiff, and in doing so the defendant accepted the responsibility to monitor them and remove any offending comments; and
• there was nothing that prevented the defendant from reviewing or removing the comments. In light of his submission that it would be inconvenient to review such a large number of comments, the Court noted that “volume cannot create its own shield”.

The underlying legal principal behind the decision is the doctrine of secondary publication, which involves a party (the ‘secondary publisher’) participating in the publication of a defamatory comment even though they did not make the defamatory comment themselves. This doctrine is well established and existed prior to the advent of the internet. A classic example would be a book store operator who sold a book that they knew contained defamatory material.

A secondary publisher of defamatory material will not always be held liable for defamation. It has to be shown that they either knew, or using reasonable diligence could have known, about the defamatory comments of the other party.

In Johnston v Aldridge, the defendant was ultimately ordered to pay the plaintiff $100,000.00 in compensation for both his defamatory remarks and for the comments made by others on his posts. It is a timely reminder to be exercise caution when posting on social media and to monitor comments left on your postings, especially if the original post is of the nature that could attract criticism.

If you or your business has been defamed, our team of lawyers can assist.