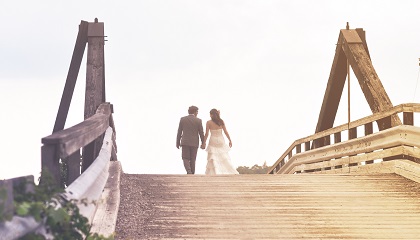 No doubt you have heard of the television show Married at First Sight. If you’re not familiar with the show, a panel of “relationship experts” pair up strangers, who meet each other for the first time at the altar. As the title to the show suggests, the strangers then “marry” each other.

Despite the title of the show, the strangers don’t actually marry each other in that ceremony (at least in the legal sense). Why? Well, the Australian Marriage Act 1961 (Cth) states that the parties to a marriage must give at least one month’s notice to the Registry of Births, Deaths and Marriages. The parties have to complete a Notice of Intended Marriage form to their celebrant along with evidence of identity and as to any previous marriages.

Presumably by having the parties complete this form a month prior to the ceremony, it would give them an opportunity to size up their new spouse in advance (even if it was just though a stalk of their social media profiles). It would also make the grand reveal at the altar far less dramatic!

The producers of the show have confirmed the above by admitting that the ‘marriage ceremony’ is in fact a ‘commitment ceremony’ to comply with these laws. Interestingly, foreign versions of the show aren’t faced with the same restrictions.

Moral reasons aside, getting legally married to a complete stranger isn’t a good idea. A divorce can’t take place any earlier than 12 months after parties to a marriage have separated meaning there’s no quick way to undo it. A marriage will also gives the parties the right to demand a property settlement, which could be particularly controversial if there is disparity between the parties’ assets and future earning ability. Marriages also revoke Wills and EPAs and can impact on tax returns.

Regardless of circumstances, our accredited specialist in family law can assist you as a result of any relationship breakdown. Please contact us if we can be of assistance.